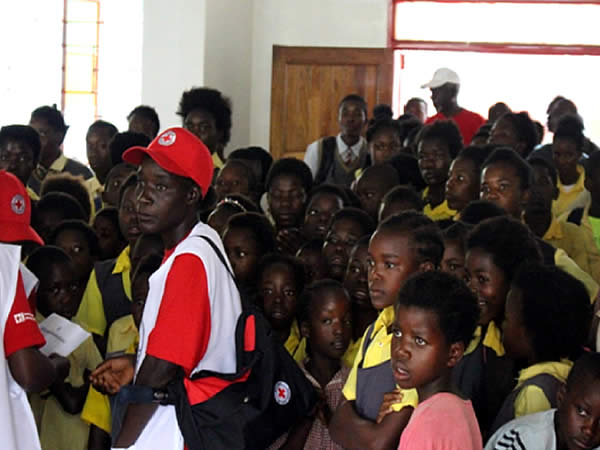 One of the mandates of the Zambia Red Cross Society, which falls in line with the Fundamental Principles of all National Societies, is the Principle of Humanity. This principle entails, in part, “…to prevent and alleviate Human Suffering wherever it may be found…”

As of the 2010 Zambian Census, the district had a population of 240,638 people. On the 25th of January 2019, Zambia Red Cross Society and its Donor Partner, Netherlands Red Cross, donated to three Schools located in Kapiri Mposhi District. These are Government Schools that were identified to have a number of Orphans and Vulnerable Children. The donation comprised of School requisites that were given to 350 Orphans and Vulnerable Children who were identified from three Schools, namely: