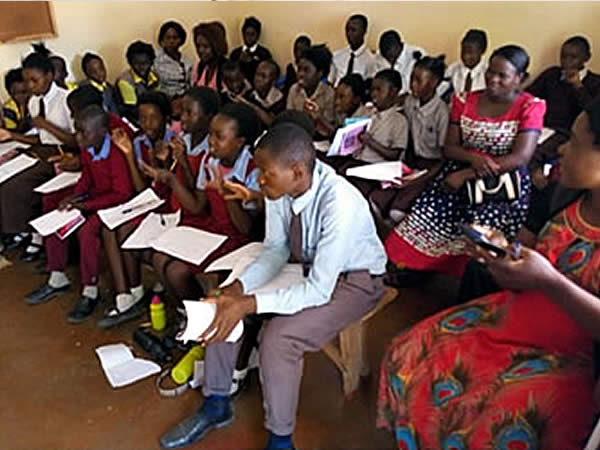 The official launch of the Orphans and Vulnerable Children (OVC’s) Project was attended by stakeholders from Ministry of General Education, Ministry of Community Development and Social Services, Ministry of Health, Ministry of Local Government and NGO’s working on projects to do with OVC’s and HIV/AIDS.

The guest of Honor was the District Health Director, who, in her busy schedule managed to be part of the launch. In her welcoming speech the District Health Director asked all stakeholders who were working on projects of a similar, to co-operate and partner with Zambia Red Cross Society in achieve the goals of the project and to be part of uplifting the dignity of the Orphans and Vulnerable Children in the Community. The project was targeted to be implemented in the schools.

The launch was officially opened by the Acting Secretary General, who welcomed all the stakeholders and thanked them for sparing time from their busy schedule. She encouraged every stake holder to be free to contribute positively in achieving the set goal for the project. though it is for a short period of time. She later on presented on the history of ZRCS and The programmes which ZRCS undertakes to alleviate human suffering as we supplements government work.

45 pupils and 8 teachers were trained as peer educators. The Teachers were drawn from 6 different schools Secondary and Primary). In these highly interactive trainings the following subjects were covered:

Participatory methods were used to encourage the pupils to contribute their own experiences views and frame of reference. The facilitators used a variety of didactic methods to instruct the pupils The peer educators in the project were expected to facilitate better channels of Communication amongst their peers. The trained pupils and together with the 8 teachers were drawn from 6 different schools namely Mulonga Secondary, and Primary, Hilltop Secondary and Primary, Matiliyo Secondary and Primary. The pupils are expected to roll out the activities in their respective school.