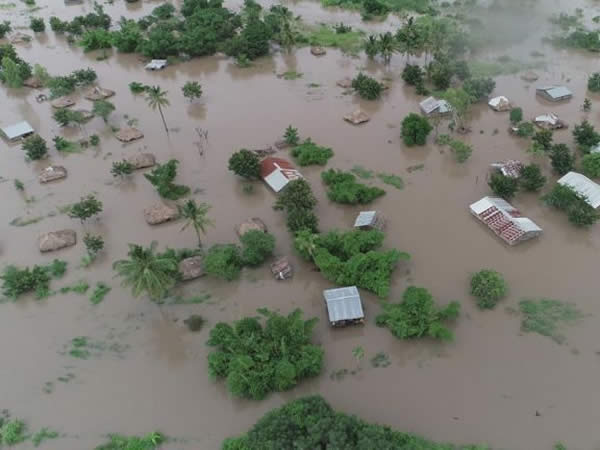 The International Red Cross Conference Resolution 46/182 places on each state the responsibility to care for its citizens affected by natural disasters and other emergencies in its territory by putting in place necessary measures to provide humanitarian assistance; National Societies are strategically positioned to support public authorities in addressing their humanitarian obligations; Thus the goals of National Societies are similar to those of public authorities reflected in National Disaster and other development plans.

Most countries in Africa are prone to climate related hazards such as flooding, landslides, tropical storms and drought. Funding for emergency response is usually available when such disasters occur, and suffering is almost guaranteed. However, it is possible to prepare for such disasters and minimize their impact based on the fact that most of the hydro-metrological hazards can be forecast in advance. Humanitarian actions could be implemented in the window between the forecast and occurrence of the event under the innovation of Forecast based Financing. The Forecast Based Financing (FbF) approach seeks to allocate funds for implementation of early actions based on a scientific weather forecast and knowledge of risks. By releasing funds in anticipation of a crisis, it is expected that the impact of the crisis will be reduced and that funding for emergency response will be saved.

The Red Cross Red Crescent Climate Centre in partnership with the Netherlands Red Cross is supporting National Societies to implement FbF. This approach will be implemented at National scale and hence the need for a multi stakeholder engagement. As such, stakeholders will be categorized into three thematic groups viz: Triggers, Early Actions and Finance.

Members of the Trigger thematic group include representatives from forecasting agencies including the Meteorology, Hydrology and Dam and Operators.